I am thrilled to welcome Elyse Springer on Queer Books Unbound. And she has brought gifts! 😉

Scroll down to see the new cover for Suckerpunch, the first in her paranormal hockey romance series, and to read an excerpt of it! And even better is that you don’t have to wait for the book to come out because release date is TODAY!

A rookie goalie with a secret and a handsome yet hotheaded defenseman clash in the locker room and on the ice—but their shared desire to make the playoffs might help them move from enemies to lovers.

When the goalie for the Seattle Cascades hockey team is injured while drunk driving and Alex Fanning is recruited to take his place, Alex thinks his dream has come true. But to hold on to his hopes, he must keep his vampire heritage secret as the sport moves to ban Paranormals. The sexy but infuriating defenseman Sasha Petrov won’t make that easy. The injured goalie was his best friend, and he resents Alex’s presence—maybe even enough to use his bloodline against him.

Tensions mount, but the realization that there’s more to their feelings than animosity hits both men like a punch to the gut. Alex and Sasha’s newfound friendship promises passion, but a shocking betrayal could cost them all the ground they’ve gained. 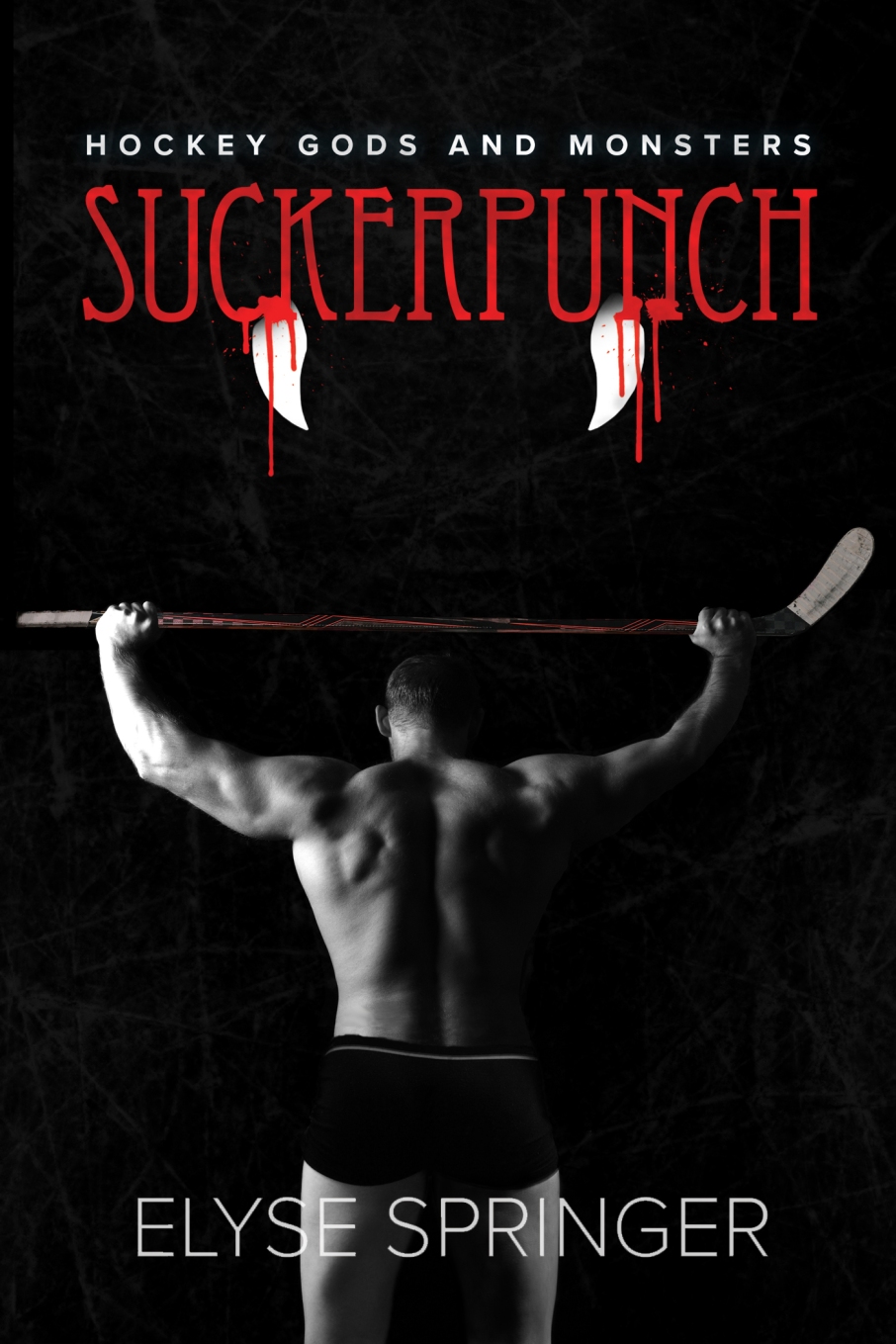 The plan was to put his music on, ignore Petrov, and focus on his own workout. But as Alex started his machine up, he realized he’d overlooked one very simple fact: the treadmills directly faced the weight machines. He was going to spend his entire run staring directly at Petrov and his stupid, angry face, and his hot, sweat-covered body. And every time he inhaled, Petrov’s damn scent was impossible to escape.

He tried to pay attention to the display screen on the treadmill. He forced himself to watch the ESPN highlights scrolling across one of the televisions. Alex even tried cranking his music up, as though jamming out to fastpaced rock would somehow erase the distraction in front of him. Nothing worked. Instead, his gaze kept drifting to Petrov as he moved from machine to machine, keeping his back to Alex whenever possible.

It’s a damn nice back too. With the wet shirt clinging to his torso, Alex could make out every muscle of Petrov’s shoulders. God damn. He may be an asshole, but he’s probably the most attractive asshole I’ve ever seen. It’s not fair.

The beeping of the treadmill a while later came as a relief, signaling that his run was over. Alex set the machine to cool down and wiped sweat off his face, spraying himself down with water like he would during a game.

When he opened his eyes and blinked the droplets away, it was to find Petrov watching him.

Petrov spun around and resumed his workout as soon as he realized Alex had spotted him, but the expression on his face lingered in Alex’s mind. He was looking at me the same way I had been looking at him before.

It was that realization that made Alex turn the treadmill off, wipe his face off with a towel, and carry himself across the gym to where Petrov was now sitting on the edge of the bench press.

“You need a spotter if you want to lift.”

Petrov gave him a withering glare. And because the universe had it out for Alex, the way Petrov’s icy blue eyes narrowed only made him even sexier. “Yes. I know,” he bit out.

Alex held both hands up defensively. “Okay, whatever. I was just saying, if you need a spotter, I could help.” “Waiting for Volkov” came the terse reply.

Alex had only chatted with Mikhail Volkov a couple of times since joining the Cascades. The rookie spoke English just fine, but he seemed more inclined to hang around Petrov and chatter in Russian when he could. But from what little he’d seen so far, Alex would be surprised if Volkov rolled out of bed a minute before he had to, let alone came to the gym early for an extra workout.

But Petrov had a stick up his ass, and he wasn’t going to push it. “Cool. But I’ll be here for another half hour or so. Let me know if I can help.”

He turned to walk over to one of the thigh machines, bending over to set the weight. A movement out of the corner of his eye caught his attention—Petrov, standing up suddenly and turning to walk away.

Was he staring at my ass?

Alex shook his head. Petrov could watch all he wanted, but he’d have to get a personality transplant before Alex would give him the time of day.

Elyse is an author and world-traveler, whose unique life experiences have helped to shape the stories that she wants to tell. She writes romances with LGBTQIA+ characters and relationships, and believes that every person deserves a Happily Ever After. When she’s not staring futilely at her computer screen, Elyse spends her time adding stamps to her passport, catching up on her terrifying TBR list, and learning to be a better adult.