My story as a queer author isn’t uncommon: I grew up without the language to describe who I am, and without role models to show me that being me was even possible. As a trans romance author, I’ve seized the chance to create this representation I lacked. But change is slow, and for too long, we’ve only had one story—if any.

I had my big lightbulb moment in 2012, when I was barely 20. That day, I saw a selfie of a genderqueer person on their blog, and the lightning bolt of realisation coursed through my past, instantly turning the sandstorm of confusion that was slowly wearing me to the bone into a glass-clear past, present, and future.

I was the first trans person that many friends and family members knew that they knew. Many were confused that I didn’t seem to match the script they expected. By the time Laverne Cox rocked the magazine cover, I’d taught many people around me Trans 101 and started hormones; by the time Caitlyn Jenner came out, I was about to start a new life abroad living stealth, reluctantly passing as male. I’ve come full circle now to being very open and visible as a nonbinary, femme trans man.

Long before any of those events, I’d given up on seeing anyone else like me—and I didn’t even know that was what was missing. The phrase “possibility model”, coined by Janet Mock, describes the power of trans existence. Simply seeing someone like you wish you could be—like you don’t even have language yet to wish you could be—shows you that you can. Before that one photograph, I’d never seen a future for people like me. Representation matters; without the possibilities it offers, many of us face a bleak future.

I started writing MM romance in 2013, but I didn’t write my first trans main character until 2016. I was fighting like hell to survive and get basic medical care, so writing cathartic fiction was off the table. It would force me to acknowledge how deeply unjust and deliberately cruel my situation was and so many others’ are, and make it harder to cope. So I turned to writing trans stories in the same vein as my feel-good, low-angst MM romance stories with cis characters. I wanted stories where characters’ trans identities have shaped them—their lives, their grit and compassion and humour—but their transness and queerness is not the central conflict.

Of my 42 MM romance novels, I’ve written three (Grind, Flaunt, and Forever) featuring trans men as main characters, and several with nonbinary characters (including Freak and Faux). I also wrote a short story in a charity anthology, which I’m currently rewriting and turning into a novel (Freedom, coming June 26th, 2020).

Before my first trans story, I looked around for others and found only a few. Some of these relied on tired stereotypes, or used trans antagonism or trans ignorance as the central conflict. While we deserve cathartic stories (on our terms), we also deserve stories where we aren’t a problem to be solved.

So I set out to add to the number of stories that added to the possibility models that I needed, personally, to get through those times in my life.

In Grind, the main character wrestles with the debt surgery has left him in, forming a plan to finally get out from under its shadow and move on with his life. Flaunt is a femme4femme story: a trans man whose cis gay partner encourages and supports him while he embraces the femininity he was forced to leave behind to transition. And I wrote Forever because I was wrestling with my own reproductive choices and couldn’t find any MM romance books with a trans main character whose pregnancy was central to the storyline.

Even in medical transition choices, I’ve ended up with a range of characters: among the trans men I’ve written, my characters have been post-top surgery but non-op bottom surgery (Grind); post-meta and considering phallo (Flaunt); post-top, planning hysto after pregnancy (Forever); and post-phallo (Freedom, coming soon). And this barely scratches the surface of trans life!

Even with all this variety, I worried at first: how could I represent all these possibilities?

I’ve come to realize no one author can. There will always be a reader for whom a particular book doesn’t meet their needs—at that time, or ever—or gel with their experiences. As we all know, trans people aren’t a monolith! So each of us must write our stories anyway, trusting that there are others like us out there who need it.

Despite the increase in trans representation, comparatively few books still centre us. Even fewer are written by those with internal knowledge or deep secondary knowledge of the realities of trans lives. That means every trans character winds up showing just one narrow slice of the vast universe of trans possibilities. One character is often asked to stand in for all of us. As creators, we’re all too aware of this.

What happens if a reader gets the impression from a character whose entire experience of transness centres on dysphoria that all trans people must experience dysphoria similarly? They may react negatively when they meet a trans person who tells them they don’t experience dysphoria. When people expect trans pain, trans joy seems impossible.

What about if a trans reader’s only representation is a book where the trans character is treated as lucky to be found desirable, and compromised on their gender for a cis character’s convenience? The reader may well internalise the subconscious message that we’re already bombarded with: that we’re lesser-than, and should be grateful for love wherever we can find it. This is exactly the opposite of the promise of the romance genre.

And how do we decide what story to tell when it might be our only chance?

I’m lucky to be relatively secure now—with access to the medical care I need, social support, and readers who support me telling the stories I need to. This has enabled me to come out as an author and educate those in the MM community about my life and others’ lives.

In traditional publishing, many new authors have one chance to sell enough copies that they get a contract for a second book. This may be signed and sealed before the book ever releases, based on preorder numbers. How difficult this makes life for trans authors who want and need a career that reflects them and their lives!

If you self-publish, the upfront costs are prohibitive for many people on low incomes. And many trans people are saving up for healthcare that they need—and which might make it easier to function in everyday life, and as an author.

The market and appetite for trans romance has grown, and MM readers have grown more curious and open to trans characters. (Shameless plug: I started the book rec group Trans Romance Books on Facebook, so I’m hoping to get even more people interested in these stories. If you’d like to talk about what you’ve read and written in this genre, please join!)

While readers a few years ago sometimes told me they’d never met a trans person or seen a trans character in fiction before, those messages are less frequent. Now, I hear from readers who are happy to better understand and support trans people in their lives. Those messages mean everything, and they show that things are changing!

But change comes slowly. The tough realities of the publishing industry, whether tradpub or self-published; being a marginalised author; the responsibility we feel to do no harm, even when no one path can represent all possible stories; the stresses of writing about trans lives while fighting for our own basic human rights… it all adds up.

Is it worth it? To me, a thousand times yes. And I hope that, in acknowledging the importance of stories written by trans authors, and in giving voice to a few of our frustrations and fears, I can show not just that happy trans characters are possible, but happy trans authors are, too! A small, determined handful of trans and nonbinary authors are busy crafting stories for us and by us. I hope our numbers grow as our readership grows.

Because when trans lives are truly recognized and celebrated—characters and their creators, as friends and lovers and queerplatonic partners and coworkers—our stories are limitless. 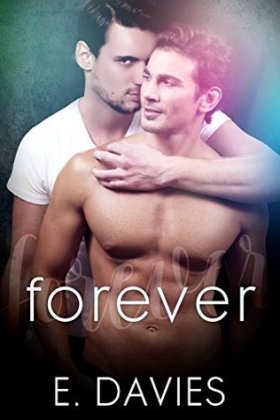 Jake Gray always wanted a real family. He left his own behind when he began his transition, but if he wants a baby he’ll need to come off testosterone and get his life in order. The tips he makes as a waiter are barely enough to pay L.A. rent, let alone raise a child. But he’s made his own way for so long that he doesn’t want to rely on others now.

Tristan Bailey makes ends meet and then a bit extra as a B-list actor. He should count his blessings, but it’s hard to see them from inside this closet. The more time he spends at his friends’ charity, the less he wants to pursue this life. And then he bumps into Jake, a runner from a movie Tristan made two years ago. One he wanted to hook up with, but he didn’t have the courage to ask… until now.

Neither of them knows how to be loved, and while things seem to fit perfectly, Jake’s unexpected pregnancy sends both men reeling. Jake always wanted to raise a child alone, but Tristan refuses to be yet another let-down in Jake’s life. There’s no perfect time to find love, have children, or rearrange their lives. There’s only now.

Can they trust each other through all the hurt both men have endured and take a chance on finding forever love?

Forever is a standalone gay romance novel with a happily ever after ending and no cliffhanger. 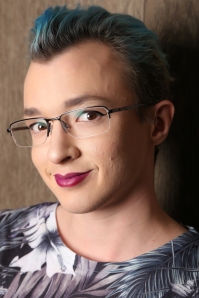 Since 2013, E. Davies has crafted feel-good stories of men in love–stories that are brimming with hope, found families, and realistic guys next door getting their modern fairytale endings. As for hobbies: rescuing bees, dancing badly, traipsing through meadows, and studying photos of cute guys for research totally count, right?

You’re interested in participating? Great! Just shoot us an email at queerbksunbound@gmail.com using Authors Unbound in the reference line and we’ll get things set up.

We can’t wait to hear from you!

You can find all previous guest posts in this series >here<.