Posted 4 weeks ago by Annie 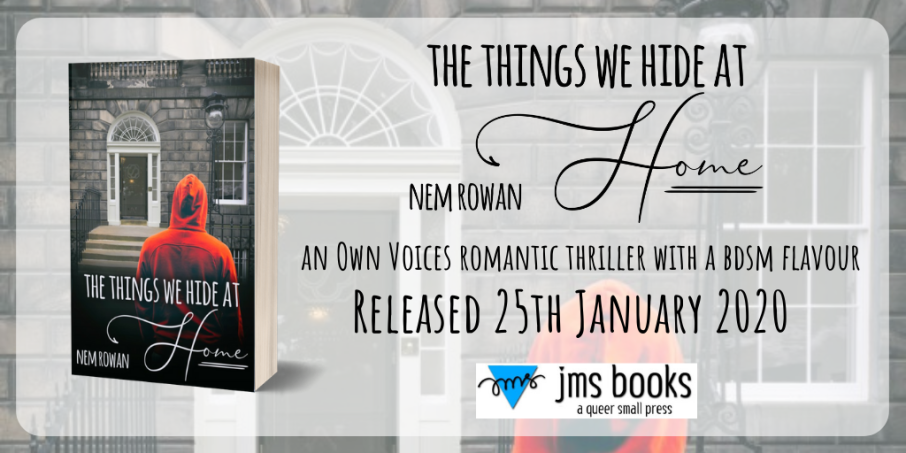 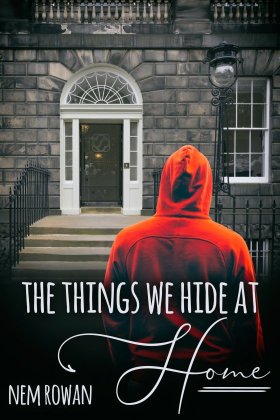 However, David doesn’t gel well with Tenny’s overtly brash best friends, all of whom believe there’s something strange about him. Tenny understands David’s awkwardness, seeing something of his former self in him, and he quickly grows fond of his new friend.

In the meantime, Tenny does his best to deal with being stalked by an unknown stranger, wanting so hard to believe David is innocent.

Tenny fails to see how someone so quiet and fragile could ever do such horrible things, and is unable to stop from falling for him. Still, the unanswered questions, David’s evasiveness surrounding his past, and co-incidental circumstances leave Tenny no choice but to confront the truth.

“David?” I spoke at his shoulder and he visibly flinched. A second or two passed before he peeked at me from around the corner of his raincoat hood, his spectacles flecked with droplets. It must have started raining after I’d come into the store. I couldn’t remember if he had worn glasses at the club, but seeing them now made him look quite cute in a dorky sort of way.

“It’s me, Tenny. Remember?” I grinned, judging from the wide-eyed look he was giving me that I had caught him out and now he couldn’t escape.

“I remember.” He took a step back, bumping into the glass door of the fridge into which he had been looking. “I—I’m sorry about disappearing.”

“That’s okay. I thought something bad had happened to you; I’m not angry or anything. Why did you disappear?”

“I had a, umm, panic attack,” he confessed, his eyes glancing this way and that, anywhere but my face. He kept pulling down his sleeves, which must have been difficult with the basket hanging from the crook of his arm.

“Oh no, that’s awful. Are you okay?” I asked sympathetically.

He looked down as I placed my hand on his arm, seeming alarmed that I was touching him. “I’m fine now.”

“Good. I’ve had panic attacks before. They suck,” I told him, in the hopes that he might relax a bit more if he knew I had experienced what he had been through. “Funnily enough, the last panic attack I ever had was at the club. That was years ago, though.”

“Hmm,” was all he murmured as he nodded.

In the bright lights of the supermarket, he looked so tired and pale, his hooded eyes dull and his mouth a thin line. He appeared like he hadn’t had a hug for years. Something about him made me want to offer one to him, but I didn’t want to scare him. I had been awkward once, too, terrified of other people, afraid of making a fool of myself, unable to tolerate physical contact from strangers. When I had first met Vanessa and Willy, they had been gentle and habituated me to their presence before they were able to get close to me. It was what I had needed. Throwing David into the deep end wasn’t going to help him and would likely mean I wouldn’t get any closer than I already was.

“I’ve never seen you in here before. Do you live nearby?” I asked, hoping to squeeze a bit more conversation out of him since he wasn’t forthcoming.

“Yeah, I do.” He nodded again, a slight smile turning the corners of his mouth.

“Me, too. I work here, actually,” I admitted before chuckling, considering that revealing that information might not have been such a good idea. “If you come to the café when I’m on shift, I’ll give you a free coffee.”

“Thanks.” He finally made a real smile, one that reached his eyes.

I had noticed that as he’d pulled down his sleeve, one hand looked different from the other. He was missing fingers. It had been so fast, though, I hadn’t been able to get a good look without being obvious about it, but I at least had an idea as to why he constantly kept his hands hidden.

“Do you wanna shop with me? I could use some company,” I inquired, curious as to what kind of answer I would get.

At first, he was cautious and I could see the thought process happening behind his eyes; he was weighing the pros and cons, checking if he could handle being with me, making sure he was strong enough. I wanted to assure him I’d be kind, that I wouldn’t judge him. I wanted to tell him I thought he seemed sweet and I was interested in him, that I found him mysterious. However, I knew if I stoked the fire too quickly, the flames would get too hot for him and he’d run. I had done the same in the past, fled the moment things looked serious, ran and hid the moment people took an interest in me and wanted to get to know the real me. The fear of being ridiculed or looked upon as a freak, something to sate peoples’s desire for the unknown. People used to do that to me in the past and I knew what it felt like. I told myself to hold back. 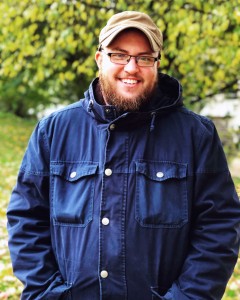 Nem Rowan lives in Sweden with his wife, their girlfriend and their three children. He loves reading non-fiction and is fascinated by True Crime and unsolved mysteries, especially missing persons cases and serial killers. Nem is also well-read in mythology and folk tales, particularly British and European folklore. He is a huge fan of Horror movies and Retrowave music.

Nem started writing when he was 11 years old and since then, he’s never looked back. Romance has always been his favourite genre after inheriting a box of Mills & Boon novels from his grandma, but being a Horror fan, there is always some way for him to work in a bit of that to make sure things don’t get too mushy.