Thanks so much to Queer Books Unbound for inviting me. I’m here talk about one of my absolute favorite topics…FOOD. Today I’ll be sharing with you some of my favorite, movies, and TV shows that center around chefs and cooks. There are sooooo many amazing cooking shows these days, and frankly dozens of shows and movies to pick from, but I wanted to mostly focus on some that center around PoC and/or have something interesting to offer. 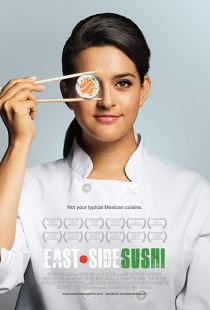 East Side Sushi, is basically the equivalent of getting a delicious hug. This movie has everything, a strong Latina lead, fascinating Japanese/Mexican fusion recipes, a cute kid and grandpa, and LUUUURVE. The heroine in East Side Sushi goes for her dream of becoming a sushi chef when her gender and background are huge hurdles. There is also a very sweet romantic subplot. I’ve watched it like ten times and think any romance reader would adore it. 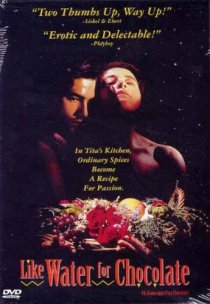 Like Water for Chocolate, it is the film based on the one of my favorite novels by Mexican author Laura Esquivel. It is a gorgeous movie that really captures the lovely magic realism elements of the story. The language of love is literally the food, and the rendering of what it is to experience the flavors and depth of Mexican cuisine make for frankly and incredibly sensual story. The romanec in this one is EPIC. 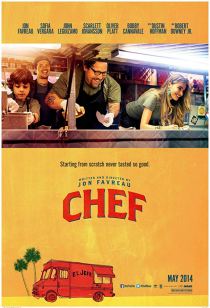 Chef This one is an obvious pick for me since the film revolves around a chef struggling to make his food truck a success. The scenes where the food is featured are delicious, and there is also a sweet and sexy love story between Jon Favreau and Sofia Vergara. 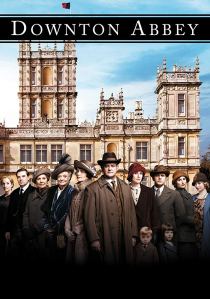 Downton Abbey I’m not a huge TV show person, but everything about Downton Abbey was incredibly visually pleasing to me. I was particularly was drawn in by the scenes with Mrs. Patmore and that bustling kitchen where she always seemed to be cooking up delights. I also love that there were always little romances budding down there, and the food always seemed to be a part of the courting. 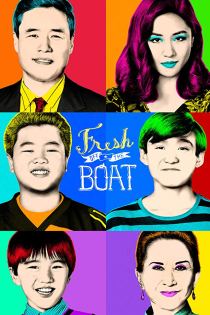 Fresh Off the Boat This show is amazing and is soooo resonant to the themes of American Dreamer. It’s loosely inspired on Taiwanese chef Eddie Huang’s life. It follows a family looking to forge their own American Dream and all the complications and joys that entails. 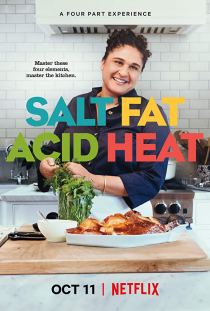 Salt, Fat, Acid, Heat I love this show because it explores the passion for making food as it should be made from cooks all over the world. The host Samin Nosrat is Iranian-American and is incredibly lush in the show. Her pursuit of finding perfectly made food is inspiring. I also love how many women chefs and cooks she feature on the show. 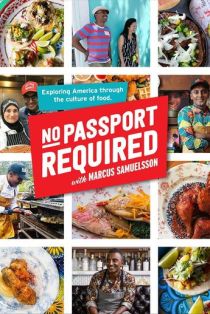 No Passport Required This may be my favorite American food show to date. It’s hosted by New York City based celebrity chef Marcus Samuelson. In this show he goes to different US cities to explore the cuisine of different diaspora who have settled there. So far my favorites are the episode in Miami where he highlights the Haitian community and their food, and the episode in DC where he visits the Ethiopian diaspora. All the episodes are good though.

Here they are some shows and movies to try which like American Dreamer, blend the food with love, family and culture. 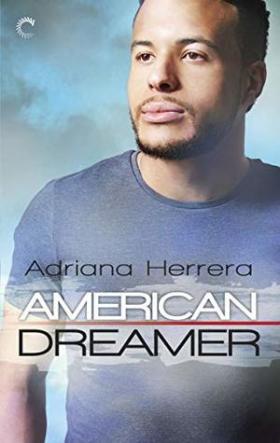 For Nesto Vasquez, moving his Afro-Caribbean food truck from New York City to the wilds of Upstate New York is a huge gamble. If it works? He’ll be a big fish in a little pond. If it doesn’t? He’ll have to give up the hustle and return to the day job he hates. He’s got six months to make it happen—the last thing he needs is a distraction.

Jude Fuller is proud of the life he’s built on the banks of Cayuga Lake. He has a job he loves and good friends. It’s safe. It’s quiet. And it’s damn lonely. Until he tries Ithaca’s most-talked-about new lunch spot and works up the courage to flirt with the handsome owner. Soon he can’t get enough—of Nesto’s food or of Nesto. For the first time in his life, Jude can finally taste the kind of happiness that’s always been just out of reach.

An opportunity too good to pass up could mean a way to stay together and an incredible future for them both…if Nesto can remember happiness isn’t always measured by business success. And if Jude can overcome his past and trust his man will never let him down.

Adriana Herrera was born and raised in the Caribbean, but for the last fifteen years has let her job (and her spouse) take her all over the world. She loves writing stories about people who look and sound like her people, getting unapologetic happy endings. When’s she not dreaming up love stories, planning logistically complex vacations with her family or hunting for discount Broadway tickets, she’s a social worker in New York City, working with survivors of domestic and sexual violence.