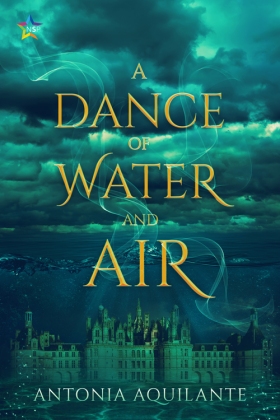 Edmund is heir to the throne of Thalassa and a wielder of Water magic. Devoted to his kingdom and his duty to it, Edmund can do nothing but acquiesce to an arranged marriage with the queen of a neighboring kingdom. The marriage and the child it is required to produce will seal an alliance between Thalassa and Aither that is vital to Thalassa’s safety, and far more important than Edmund’s personal misgivings.

Arden is the younger brother of Aither’s queen and a wielder of Air magic. Raised in the politics of the court to support his sister’s rule, he understands the alliance is important to Aither, even as he worries about his sister marrying someone she’s never met. When Edmund arrives in Aither to prepare for the wedding, Arden is tasked with helping him settle in at court. As they spend more time together, Edmund and Arden develop a close friendship, then stronger feelings, but with Edmund’s wedding approaching, they must hide their feelings, even from themselves.

When someone tries to assassinate the queen, Edmund is blamed, and Arden rescues him before he can be executed for a crime he didn’t commit. To prevent a war between their kingdoms and protect them from a dangerous enemy, Edmund and Arden will have to discover who wants to pit Aither and Thalassa against each other and mend relations between the two kingdoms as they evade those searching for them—all while finding a way to be together.

Thank you so much for having me to visit today! I’m Antonia Aquilante, and my new book, A Dance of Water and Air, is out today from NineStar Press. A Dance of Water and Air is the first book in the Elemental Magicae duology. It’s a fantasy romance duology, and Edmund and Arden’s romance is left happily at the end of Dance (though they play a big role in book 2, so you’ll see lots more of them), but there are plot points that carry over and must be resolved in A Harmony of Fire and Earth, which will be out in March 2019.

The inspiration for Dance began with one idea that actually showed up in a dream: a prince who must marry a queen in an alliance marriage falls in love with her brother instead. I woke up excited enough to scribble it down in the notebook by my bed, so I could come back to it later. When I did, everything took off. I dove into the creation of a world based around elemental magic, exploring how people might use magic tied to Air, Earth, Fire, or Water and how those abilities might reflect on the society and the people who have them. I fell down a research rabbit hole a few times, but it was so much fun shaping what this world would be. Even when the world ran away from me and I had to catch up!

I also dove into getting to know Edmund and Arden, the two princes and main characters in Dance. As his father the king’s heir, Edmund always assumed he’d have to make an arranged marriage, but he never expected to have to leave his home by the sea to travel to a castle high in the mountains for it. And, well, nothing after that goes as he anticipates either. He forms a deep bond with Arden, the queen’s brother, which leads to a surprising and inconvenient attraction on Edmund’s part, one that Arden shares. But then there is an assassination attempt on the queen, and Edmund is blamed. He and Arden run, evading capture as they try to keep two kingdoms out of war and figure out their own future.

In Dance, I got to write two of my favorite things: fantasy and royalty romance. Fantasy has long been a favorite of mine to read and write. I think I started writing it when I was a teenager because I loved magic and fantasy worlds, but I always wanted more romance and happily ever after with them. And there’s just something about royalty romance. I will confess to a little dream of being a princess or a queen (I bet a bunch of us have had that one!). Royalty romance can give us that fairytale about being swept away by the prince or princess, but they also have so many other interesting things to delve into. In Dance, I got to play with arranged marriage tropes and the issue of duty versus love, which is a favorite of mine. I also spent lots of time dreaming up court politics and intrigue, which are always very interesting winding through a royalty romance. And though I didn’t write it in this book, I love romances between royalty and commoners because of the opposites attract themes and the difficulties they have to overcome to be together. My first published book was actually a prince/commoner romance called The Prince’s Consort.

How about a few recs? We can all use more books on our TBRs, right? I tried to keep this list to books that are both royalty and fantasy romance, but I had to throw in a couple of romances that aren’t fantasy, just because they are such good royalty romances too.

Some fantasy romances with royalty:

The Queen of Ieflaria by Effie Calvin: I love this f/f fantasy romance. A princess is betrothed to a prince, but he dies while she’s traveling to meet him, and she ends up betrothed to his sister instead. It’s a sweet opposites attract story, and there are dragons and a unicorn too.

The High King’s Golden Tongue by Megan Derr: There is a lot of intrigue and an arranged marriage between two opposites again in this m/m romance. I just adore the characters in this book, and in the rest of the series as well.

The Pages of the Mind by Jeffe Kennedy: This m/f fantasy romance is the first in a trilogy, though it is set in the same world as a prior trilogy. The heroine is a librarian, and she is smart and resourceful as she’s adapting to a new culture and falling in love with a king. I kind of loved her and found the world interesting too. And there were dragons!

Consorting with Dragons by Sera Trevor: You might have noticed that I’ve listed a few books with dragons (love them!), and this is another. Consorting with Dragons is a sweet m/m, Cinderfella-type romance. Though he doesn’t want to, a young man comes to court to find a husband because his father gambled their money away, and immediately captivates the king. There’s some court intrigue here and consideration of the responsibilities of a king and the person he marries.

Girls Made of Snow and Glass by Melissa Bashardoust: This book is YA, and there’s more focus on the fantasy/intrigue than the romances, but I had to include it because it is lovely. It’s a loose retelling of Snow White with a focus on the relationship between stepmother and daughter, when both expect to be queen. There are two romances here, one f/f and one m/f.

And some non-fantasy royal romances:

His Royal Secret/His Royal Favorite by Lilah Pace: I’m very glad I glommed these two books all at once because I would not have wanted to wait to find out what happened between the prince and the reporter he falls for!

A Princess in Theory by Alyssa Cole: If you haven’t read this and you enjoy contemporary royalty romance even a little, you should. It has a STEM heroine, who has no idea that she was betrothed to a prince as a child or even what her heritage is at all, and a prince in disguise who finds her, and it’s just so good.

A Right Royal Affair by Helen Juliet: I thought this m/m contemporary was so fun and light and very much like a fairy tale. It’s a romance between a prince and a man he hires to plan a charity event for him that just left a smile on my face.

The Englor Affair by JL Langley: This is the second book in the author’s Sci-Regency series, and the other books are also royalty romance and also really good, but this is my favorite so far. The books are an interesting combination of science fiction and historical romance, and this one has a prince in disguise falling for another prince as they work together to unravel a mystery. There’s lots of intrigue, not all of which gets resolved in this story.

What are some of your favorite royalty/fantasy romances? 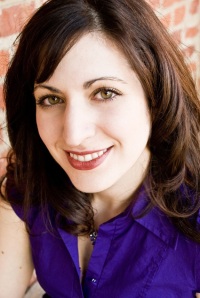 Antonia Aquilante has been making up stories for as long as she can remember, and at the age of twelve, decided she would be a writer when she grew up. After many years and a few career detours, she has returned to that original plan. Her stories have changed over the years, but one thing has remained consistent— they all end in happily ever after.

She has a fondness for travel (and a long list of places she wants to visit and revisit), taking photos, family history, fabulous shoes, baking treats, which she shares with friends and family , and of course, reading. She usually has at least two books started at once and never goes anywhere without her Kindle. Though she is a convert to e-books , she still loves paper books the best, and there are a couple thousand of them residing in her home with her.

Born and raised in New Jersey, she Antonia  is living there again after years in Washington, DC and North Carolina for school and work. She enjoys being back in the Garden State but admits to being tempted every so often to run away from home and live in Italy.