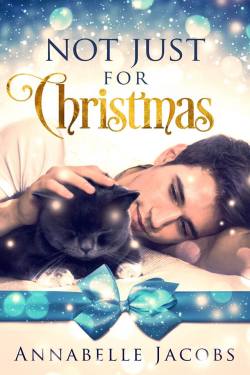 Ben has Christmas, cats, and mistletoe on his side…. Jason doesn’t stand a chance.

For Ben Slater, moving back to Bristol means being closer to his family, living with his best mate, and volunteering at the local animal shelter. But there’s also Jason, his best mate’s eldest brother. Ben’s had a crush on Jason for as long as he can remember, but the eleven-year age gap has always seemed insurmountable.

Jason Armitage works as a vet at his uncle’s practice. He owns a cute cottage on the outskirts of the city, and a loving dog. The one thing missing is someone to share it all with. His brother’s best friend seems a bad choice, but Jason can’t help taking a second look. Ben’s changed a lot since Jason last saw him; both in appearance and attitude. Gone is the shy young boy, replaced with a confident, twenty-four-year-old man.

In the run up to Christmas, the festive period gives Ben the ideal opportunity to show Jason what he has to offer. But concerns for his brother’s feelings hold Jason back. If they have any chance of making this work, Ben must convince Jason that he’s old enough to know what he wants, and Jason needs to believe that a relationship with his brother’s best friend won’t ruin their friendship. 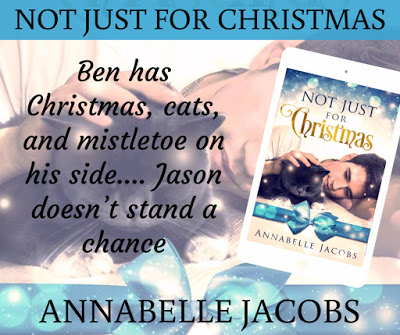 Ben tried not to look, but inevitably his gaze was drawn to Jason still sat on the sofa. He stood as Pete stepped back, and Ben got a proper look at him. Ben wasn’t the only one who’d changed a little over the past couple of years. The last time he’d seen Jason, his hair had been short, like an army cut, and he’d had a beard. He’d looked hot then, but now…. Ben had to forcibly shut his mouth so he didn’t gape.

Jason’s thick dark hair, still shaved at the sides, was now a good couple of inches longer on top. And he was clean shaven. Ben kind of missed the beard, but without it Jason looked much younger, and his strong jawline was a thing of beauty. He looked thinner, too. Ben frowned because Jason ate like a horse and had always been bulkier than his brothers. That thought somehow made its way out of Ben’s mouth.

“Have you lost weight?”

Jason laughed softly, one hand immediately going to his stomach. He patted his belly and sighed. “God don’t you start. Mum’s already been on at me about not eating properly.” He pulled Ben in for a quick hug. “It’s good to see you, even if you do put the rest of us to shame.”

Oh God, that voice. As smooth and deep as Ben remembered.

Annabelle Jacobs lives in the South West of England with three rowdy children, and two cats. An avid reader of fantasy herself for many years, Annabelle now spends her days writing her own stories. They’re usually either fantasy or paranormal fiction, because she loves building worlds filled with magical creatures, and creating stories full of action and adventure. Her characters may have a tough time of it – fighting enemies and adversity – but they always find love in the end.