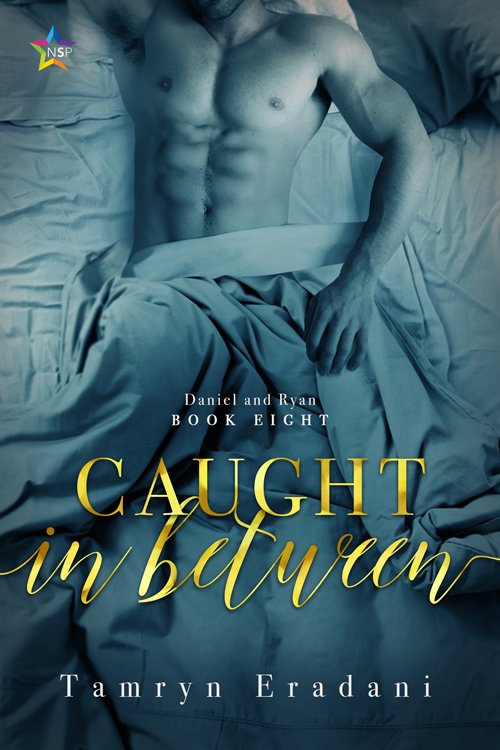 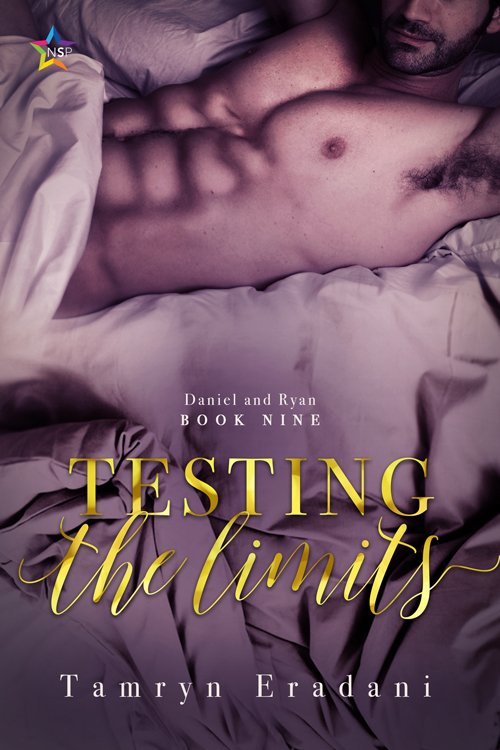 Book Nine in the Daniel and Ryan Series: Daniel and Ryan take their relationship to the next level, trying new things in scene and clarifying what they mean to each other.

One thing I love (and hate because of waiting!) about these installments is the sneak peek we get into the upcoming one. At the end of Weekend Getaway, I was in a happily satisfied place when I read the teaser for Caught in Between. No joke, my jaw hit the floor. Daniel wanted to invite a third in? What? WHO ARE YOU EVEN ANYMORE DANIEL? I was so grabby hands I might have sprained something.

I really enjoyed the way that Eradani captured Daniel’s process of figuring out how to ask Ryan for this and their negotiation of it. The scene was hot, as it always is — but something about the whole thing made me feel a bit distant from them, or like I wasn’t 100% in the text. After reading Testing the Limits, I’m wondering if that’s partly because Eradani was setting everything up for this installment and the next. I did very much enjoy Daniel being overwhelmed and taken care of in Caught in Between. Eradani’s work with his character is really admirable. Daniel is pulled off through all of these books in a way that paints him as both simple and complex. He is who he is; he knows it, he honors it, he’s honest with himself and with others. At the same time, with Ryan and in Eradani’s hands, we see more and more of his complexities, so well masked in other ways. This is the true gem of this series for me.

Testing the Limits really felt like the culmination of so much work on the part of the characters and the author, and the payoff was so so so wonderful. We’ve seen Ryan test Daniel’s limits, but Daniel has always had a measure of control — he always will. But it was handled differently in this book. Because this wasn’t necessarily Ryan challenging Daniel to do something he wanted but didn’t think was possible or was worried about. This was Ryan pushing Daniel’s limit in a scene that wasn’t orchestrated jointly beforehand. The second we knew he was going to get Daniel messy,  I knew this was a scene that would test Daniel in a really delicious new way. Ryan was amazing — sexy and also, demanding in a new way.

I loved how Eradani tied in the events from Caught in Between as a way to solidify Ryan and Daniel’s trust and commitment while also allowing them to express insecurities in a particular way. For me, this is just another layer of these men realizing through sex and increased intimacy, what the shape of emotional intimacy is for them, what it’s becoming.

Caught in Between = 4 stars