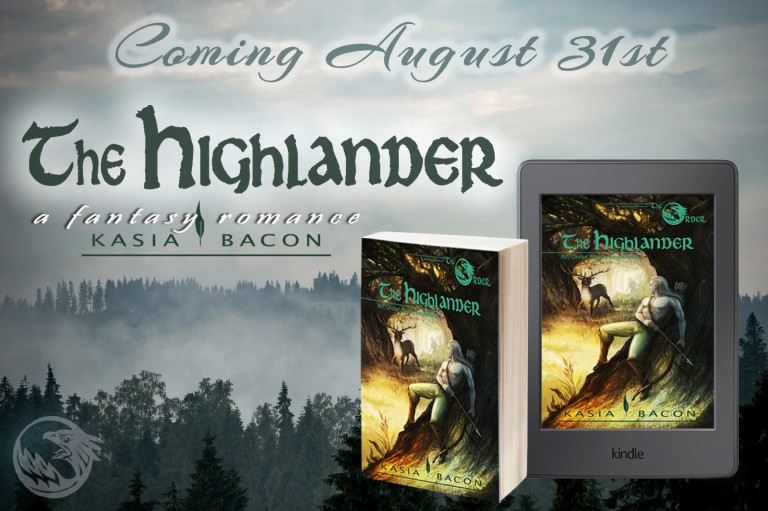 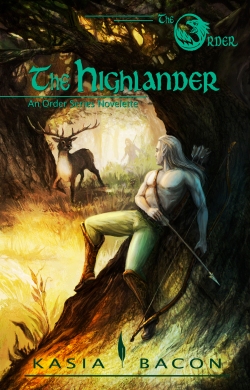 I, Lochan of the famed Féyes clan, know all about fighting.

As a half-breed Elf, I have struggled against prejudice and feelings of inadequacy.

A recluse by nature, I have battled my aversion to touch and interaction with others.

To become an assassin of The Order, I have learnt to overcome the limitations of my mind and body.

But denying the power Ervyn Morryés holds over me might be the one fight I lose. The truth is—damn it all—the relentless Highlander brings me to my knees.

Note: This novelette is the second in the Order Series and not a standalone instalment. Reading The Mutt is crucial for its full enjoyment.

Enter the Rafflecopter Giveaway to win an ebook from Kasia Bacon’s backlist, including The Highlander. 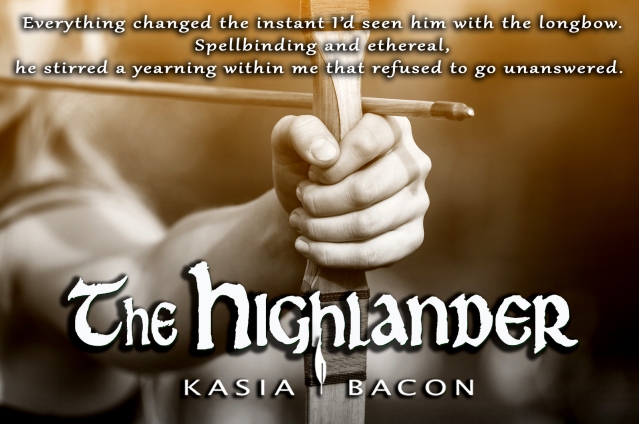 I knew my insomnia worried him. Elven Army regulations regarded bedtime as a serious matter. A soldier’s body—well-honed, fed and rested—served as their primary weapon. A tired soldier made errors. And errors claimed lives.

To escape further scrutiny, I backed towards my cot and hopped under the blankets.

Of course, Ervyn took it as an invitation. Not that he ever acted as if he needed one. He shrugged out of his heavy leather jerkin and pulled off his boots.

“Come now.” In the near darkness, I heard a smile in his voice. “Let me tuck you into bed, mu’hrōnye.”

He’d fallen into the habit of calling me that. I asked the meaning of it once, but he simply laughed and distracted me by biting on the shell of my ear.

Ghor still hadn’t stirred. For once, I didn’t mind his snoring.

The narrow cot made for a tight fit for Ervyn and me.

Something else felt tight, besides. The crotch of my trousers.

Ervyn’s hand immediately rose to brush my cheek and jaw line. “I missed you,” he murmured.

My pulse jumped a notch.

He tended to say things like that, nonchalant, as if betraying one’s thoughts cost nothing. His impulsivity meant he rarely bothered to conceal his wants and intentions. Such a barefaced approach shocked the hell out of me, although I partly admired, partly envied his readiness to show emotion.

My eyes slid closed at the warm, rough feel of his thickened fingertips: the draw hand of the archer. Somehow this heightened my pleasure. The smell of pine needles, leather and horses hit my nostrils.

His thumb skimmed my bottom lip.

I moaned, already so aroused I could kill with my hard-on. Which, in fairness, would be a handy skill to have for an assassin.

August 30
We Three Queens | The Way She Reads 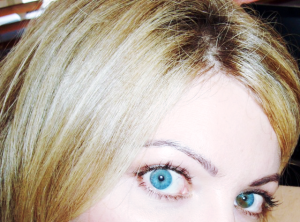 A linguist and an avid reader with a particular fondness for fantasy and paranormal genres, KASIA BACON lives in London with her husband. When not tearing her hair out over a translating project, she writes stories about the shenanigans of emotionally constipated assassins and sexy Elves. Otherwise, she can be found shaking her loins at a Zumba class, binging on anime or admiring throwing knives on Pinterest. She has a mild coffee and lemon tart addiction. A lover of MMA and Muay Thai, she also enjoys nature and the great outdoors. She dreams of becoming independently wealthy, leaving the city and moving into her wooden mini-manor—located in the heart of stunning forests resembling those of the Elven Country depicted in her tales.