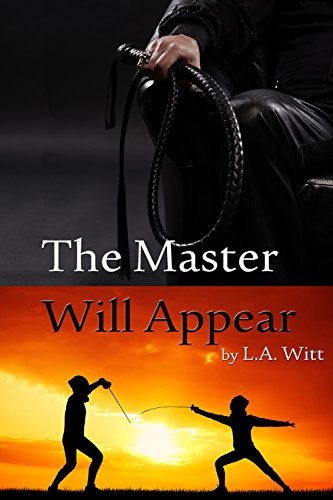 Dr. Mikhail “Misha” Budnikov takes one look at fellow fencer Ryan O’Connor and instantly knows his type. The undisciplined hothead is all ego with no finesse and even less control. In short, Misha’s pet peeves personified. To put the arrogant kid in check, Misha challenges him to a sparring match, which he predictably wins.

Not so predictably, Ryan asks him to be a mentor and show him how to fence. Startled by the moment of humility, Misha agrees.

What begins as fencing lessons becomes something much hotter, and before they know it, Misha is giving Ryan an entirely different kind of education. Dominance, submission, pain, pleasure—at the hands of an older, experienced man, a whole new world is opening up for Ryan.

As the trust deepens and their bond strengthens, though, Ryan retreats because that sham called love left him jaded long ago. Cynical beyond his years, he’s not letting his guard down, least of all for a thrice-divorced man twice his age.

Now Misha has to find a way to crack through those defenses…or accept defeat and walk away from the submissive who might just be the love of his life.

Add on Goodreads
Purchase on Amazon

There were things I really liked about this book. I loved Misha introducing Ryan to submission and the way that dynamic played out. Their scenes were sexy but also very intimate. They have an instant chemistry and connection, and I love how honest Ryan’s trust in Misha is, even from the start of their sexual relationship.

I think that Witt did an excellent job with Ryan’s characterization and character development. He stole my heart in so many scenes. I loved how Witt balanced his arrogance and bravado with his interior sweetness, and his hunger for affection and love, even when he didn’t recognize it as such.

That said, the biggest issue I had with this book is that it was way too long. Particularly at the front end. It was incredibly hard for me to get into this story because there was a lot of repetitive internal hand wringing on the part of both characters over whether they should act on their attraction. I think that the author could have cut about half of that out and it would have tightened the book and drawn the reader in more quickly.  There were moments when the characters would say or think something that had me raising my eyebrow because they felt either clichéd or over the top, or like something no one would ever say in real life. But those moments were few. Once I was drawn into the book (which was about when they got together), I was hooked and could not put it down.

Overall I am glad I gave this book a chance and stuck through the first part.