Time really does fly, doesn’t it? It feels like March or April aren’t that long ago already. But somehow it is the first of July, which means the second half of 2017 has started, and it’s time for our Picks from the Bottomless List!

My personal highlight this month was Coach’s Challenge. It was a close thing between that and Accepting the Fall by Meg Harding, but in the end the hockey won. I reviewed Coach’s Challenge [here] and that pretty much says everything I wanted to say. I love the characters Avon created and with every new book and every new character I just fall in love all over again. The fifth book was no exception. So, of course I had to choose this as my fave in this post. 🙂

It’s been decades since blackmail forced Troy Callahan to retire from playing professional hockey, and he’s built a successful career behind the bench. When he’s offered the opportunity to coach the Asheville Ravens—the most hated team in the ECHL—he’s convinced that his no-nonsense attitude is just what the team needs to put their focus back on hockey. But Troy is disheartened when he finds out the Ravens have signed Shane North, a player known for his aggression—especially when Shane’s rough good looks have Troy thinking inappropriate thoughts about a player, even if he’s set to retire at the end of the season.

Shane’s career in the majors never quite took off. Wanting to quit on his own terms, Shane agrees to a one-year contract with the Ravens and finds himself playing for a coach who thinks he’s an aging goon, and with a team that doesn’t trust him, Troy, or each other. Despite his determination not to get involved, Shane unwillingly becomes part of the team… and is just as unwillingly drawn to the gruff, out-and-proud coach. As the Ravens struggle to build a new identity, Shane and Troy succumb to the passion that might cost them everything.

There’s a couple of books I’m looking forward to in July. One of that is Heart of the Steal by Roan Parrish and Avon Gale. I read it as a draft, and a couple of days ago I got to read the finished version – I love it!
But the book I’m most looking forward to in July (and one I haven’t read yet) is Heat Wave by Elyse Springer. I really liked the first book in the series and loved the second one, so naturally I can’t wait for this one! 🙂 Each book I read by this author has been great so far, with Heels Over Head being my fave of them all (at least for now ;)) and I just know that Heat Wave won’t disappoint!

Sara Walker’s life is going nowhere fast: she has a job she enjoys but doesn’t love, friends who are too busy to hang out with her, and no boyfriend in sight. Then a phone call on a lonely Friday night changes everything, and suddenly she’s spending her weekends with Laura. Newly single and openly bisexual, Laura makes Sara think decidedly not-straight thoughts.

Laura Murphy, with her red hair, freckles, and killer curves, is any guy’s wet dream. But Laura’s done with guys for now, and it’s Sara who can’t stop dreaming about her. When Sara finally gives in to the curiosity, Laura blows her mind and pushes her further than she’s ever gone before.

But Laura makes it very clear that this is only a rebound fling, and she’s still planning to move to California. She’s more than happy to tie Sara up, but she’s not ready to be tied down. If Sara wants to keep her, she’s going to have to work hard to convince Laura that New York is worth staying for . . . and so is she.

I didn’t read a ton of June releases this month, since I was catching up on backlog. I will second Annie in that Coach’s Challenge was great! However, my top pick for June has to be Roan Parrish’s Small Change. I haven’t reviewed it yet, but it was a really sexy and smart book with great secondary characters, and in usual Roan style, beautiful prose. 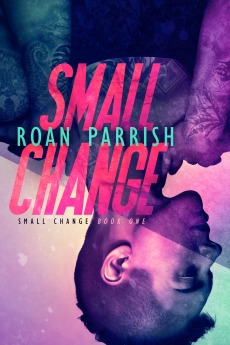 Ginger Holtzman has fought for everything she’s ever had—the success of her tattoo shop, respect in the industry, her upcoming art show. Tough and independent, she has taking-no-crap down to an art form. Good thing too, since keeping her shop afloat, taking care of her friends, and scrambling to finish her paintings doesn’t leave time for anything else. Which … is for the best, because then she doesn’t notice how lonely she is. She’ll get through it all on her own, just like she always does.

Christopher Lucen opened a coffee and sandwich joint in South Philly because he wanted to be part of a community after years of running from place to place, searching for something he could never quite name. Now, he relishes the familiarity of knowing what his customers want, and giving it to them. But what he really wants now is love.

When they meet, Christopher is smitten, but Ginger … isn’t quite so sure. Christopher’s gorgeous, and kind, and their opposites-attract chemistry is off the charts. But hot sex is one thing—truly falling for someone? Terrifying. When her world starts to crumble around her, Ginger has to face the fact that this fight can only be won by being vulnerable—this fight, she can’t win on her own.

I’m looking forward to Tamryn Eradani’s new installment of the Daniel and Ryan series, Spa Weekend. I am MOST excited for Lilah Suzanne’s novella After the Sunset.

I love her work — I’ll read her grocery lists — and it sounds like the kind of book I need in my life right now.

Caleb Harris and Ty Smith-Santos are struggling actors who have never crossed paths until their lives take a turn for the bizarre when they learn that a farm in Sunset Hollow, Washington has been bequeathed to both of them. Intent on selling the property, Caleb and Ty clear out the cluttered farmhouse, but soon find themselves falling for the charming farm nestled between two misty-topped mountains, the lonely man who left it to them, and each other. When a real estate developer offers them a hefty payout, will they take the money and run or keep the farm and their budding relationship?

Tell us in the comments which book you recently read and absolutely loved or which July release you can’t wait to get your hands on!