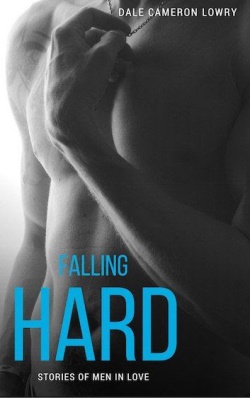 Through May 19th, 75% of proceeds to to the Russian LGBT network when purchased through her website!

Hi Dale, thank you for agreeing to this interview. Tell us a little about yourself, your background, and your current book.

I grew up in Europe and the United States and now live in the US Midwest. I love this time of year because the birds start returning, and since there aren’t many leaves on the trees I can actually see most of them. Yesterday I saw a bald eagle, a Cooper’s hawk, and a kestrel within a quarter mile of one another.

In addition to being a nature-sciency type, I love words. Part of that comes from speaking multiple languages when I was a kid. When I was eight, a friend of mine at school started bringing in notebooks filled with illustrated stories she’d made up and she’d read them to us during recess. This was the first time it occurred to me that I could make up my own stories just because I wanted to, without the compulsion of a school assignment behind it.

I started writing for fun and have been writing ever since, although for ten or fifteen years of my adulthood I wrote very little fiction, focusing on journalism and essays instead. I’ve slowly gotten back into fiction writing over the past five years, and from 2015 to 2016, I did the Ray Bradbury 52-Week Challenge: right 52 short stories in 52 weeks. I had a lot of fun with that.

Nine of the stories I wrote during that time are available in my latest release, a gay romance anthology called Falling Hard: Stories of Men in Love. Others have been published in multi-author anthologies. And a few got way too long, so I’m working on turning those into novels or novellas.

Do you buy a book because of the cover, the blurb, or something else?

I usually buy it based on the blurb, a glance at the first few pages, a recommendation, or my established love of an author—sometimes all four. Blurbs that hint at these things always get my attention: characters with a nuanced relationship to religion, positive and realistic portrayals of people with disabilities, aliens from outer space, quirky plots, and happy-ever-afters.

I don’t think I’ve ever bought a book solely because of the cover, but I’ve probably missed out on some good books because the cover design didn’t match the genre or looked like something thrown together by my cat. I feel lucky when I find a good read despite an odd cover. One of my favorite romances of all time, Companions/Nich’ooni by Jed A. Bryan, has a cover I will never understand

What does ‘romance’ mean to you?

Taking out the trash when you say you will. Leaving the windshield wipers up before a snowstorm so your partner won’t have to chip them free of ice in the morning. Making dinner or lunch for the other person just because. Going for walks. Having two pairs of binoculars so you don’t have to fight over them when you spot a kingfisher across the river.

What are your current projects?

I feel like it’s bad luck to talk about current projects much before they’re done.  I might start getting a sense of accomplishment just by telling people about them and never actually finish. But I will say this: they definitely involve gay Mormons.

What is the most difficult part of writing for you?

Having to stop when I don’t want to because my hands have started to hurt (or my voice, when I’m dictating).

Tell us something about yourself that would surprise people.

I love rules. Very few people believe me when I say this, because I give off the impression of being an iconoclast, and because I will make a big stink if I think a rule is unfair or applied inconsistently. But that doesn’t mean the concept of rules is bad. Human interactions tend to work better when people know what to expect, so having some rules to follow can help everyone get on the same page. The trick is making sure the rules are fair and everyone knows about them.

A lot of the work in relationships is about unlearning previous rules and writing new ones. My partner came into our relationship with a personal rule that everything gets put away as soon as you are done with it, even if you’re going to use it again soon. Put the remote back in its caddy even though you’ll probably need to adjust the volume in the next few minutes—that sort of thing. I came into it with a personal rule that things should be left out under the same circumstances.
In order to not drive each other crazy, we’ve had to change such rules.

Thank you so much!! 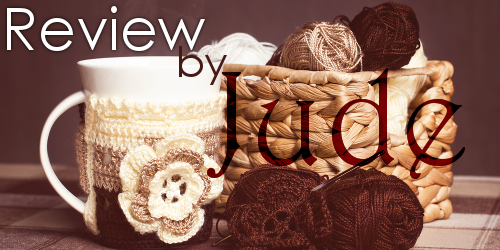 Here’s what I love about Dale’s stories and work in this collection: they are so varied — there’s something for everyone. Dale’s skills as an author are clear here. It takes a great amount of skill to be able to write such a variety of stories so well. You can clearly tell that Dale does a ton of research for her stories (either that or she’s freaking hella smart and a compendium of knowledge about Irish lore, advanced virtual reality, turtles,  mormons and American Sign Language…to name a few). There’s a level of detail in each story that speaks to careful crafting — and a love of crafting. Dale’s style is super unique; I cannot wait for the day I have a Dale novel or novella in my hands!

There were a couple of stories that didn’t really hit home with me — Sweeter than Blood is the vampire one, and blood stuff is hard for me. If you dig vampires though, it’s great. There’s a beautifully sensual scene in a barbershop in this one that was very well done.

I definitely recommend you pick this one up! This author’s work is special, and I cannot wait to see what else she produces next!

Here’s a taste of each story in Falling Hard