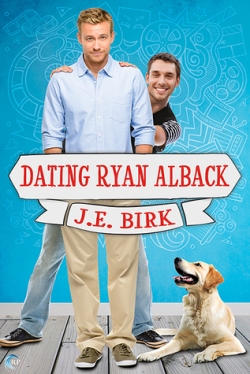 Ryan Alback has almost everything he’s ever wanted: a successful acting career, a dog who adores him, great family and friends, and a life outside the closet. The only thing missing is a boyfriend — but Ryan’s been burned by Hollywood relationships before, and he’s not eager to try one again.

Jason Santos has almost everything he’s ever wanted: a fulfilling career teaching middle school, a house in a city he loves, and parents who support him in every way. Too bad he can’t seem to forget the ex-boyfriend who rejected his marriage proposal.

When a talk show host launches a dating contest to find Ryan a boyfriend and Jason accidentally wins, neither of them expect anything to come from it. Yet somewhere between a disastrous massage and a mud sinkhole, they both start to wonder if this date could be more than just a public relations stunt. But before they can move into the future, they’ll both have to learn to let go of the past. 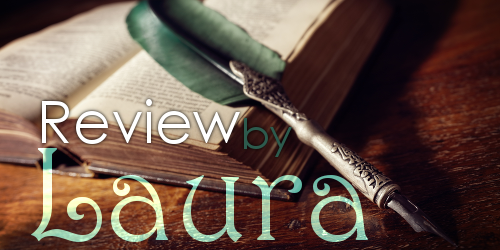 I requested this because it looked cute and sweet, and sometimes I need just that. I wasn’t wrong, it’s a really cute and adorable book.

Their story was well-developed, and I liked how  they get to know each other, even with some bumps in the road. I really liked seeing how Ryan made an effort to trust Jason and resolve some of his own issues, as well as reading how he learnt to try and deal with the publicity of his job.

The relationship was really sweet, and this was one of those books that practically read themselves. It was exactly what I was looking for when I picked it up. Although sometimes I got the feeling that both the main characters spoke a bit like teenagers, and I found that a bit weird. That’s probably just me, though.

But – and it pains me to add a but here – despite this being all sweet and cute, there was something missing. I can’t really say what, but I kept reading hoping for just something more. Don’t take me wrong, I liked this, but I was expecting to find something that would make me love it.

I think Ryan’s dog, Alby, deserves his own special mention. I have a weakness for animals and Alby stole my heart.

I’d really recommend this if you’re in the mood for an adorable read.