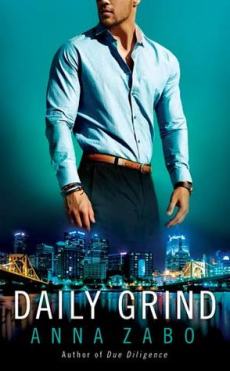 Brian Keppler, owner of Ground N’At, the coffee shop beneath SR Anderson Consulting, doesn’t have time for a relationship. His most recent girlfriend broke up with him because he’d become married to his shop, which is falling apart without his favorite barista, Justin.

As he struggles to stay afloat, the arrival of handsome British high-tech whiz Robert Ancroft becomes another complication. Rob quickly becomes a fixture at the shop with his sharp wit and easy charm, and Brian soon finds himself looking forward more and more to Rob’s visits—to the point where his heart skips a beat when he walks in.

But will Brian be able to come to terms with his previously unexplored sexual identity and find happiness now that he has a chance? 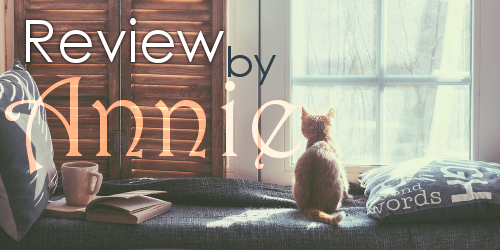 *An arc of this was provided by the publisher via netgalley

If you like coffee, cute british redheads and excellent bi-rep then this is your book! That’s pretty much all you should need to decide to read Daily Grind. Though I guess it doesn’t make for a good review. 😉

Let me start with the coffee then. Don’t read this book if you don’t have coffee anywhere close to you (if you’re a coffee kind of person, of course) because Anna Zabo will make  you thirst for a little sip of the liquid goodness.
Seriously, I think this book should come with a barista to make all the different kinds of coffee for you. 😉 Or at least have the recipes for it so you can make them on your own.

It all starts when Rob, who recently relocated to Pittsburgh, comes in to buy a cup of coffee. And while it’s not love at first sight, there’s definitely an instant connection between him and Brian.
Rob makes Brian’s head spin and the flirting! *swoon* I never thought you could make so many coffee/cream related innuendoes without sounding corny or artificial. But whew.. Anna Zabo managed that perfectly. Even that Rob calls Brian his “Americano” was just so sweet and adorable.

“Well, what do you like? Light? Dark? Bold? Something with a bit of cream?” Did he really just say that?
A huff of laughter. “I’m fond of bold. And cream.”

Brians coffee shop is everything to him, it’s his whole life and because of that he’s afraid to let go of the reigns even a little bit.
The coffee shop hasn’t been running as well as it used to before and Brian becomes more and more desperate to save it. He’s working more and more hours to try to get by without hiring a help he so desperately needs. And doing everything else to save money – without changing anything. Changes him from the overall easy-going and laid-back guy people know him to be, to a grumpy, stressed-out coffee shop-owner.
The stress takes its toll not only on his relationship with Rob but also with the people around him. He’s overwhelmed, lost and too afraid to lose it all so when Rob offers advice to help Brian in any way, Brian lashes out at him.
It takes Brian a bit to realise what he really needs but I was thoroughly satisfied with the solution.

So I mentioned the coffee before, the delicious creamy coffee. But what’s probably the best thing, other than the awesome chemistry and attraction between Rob and Brian, is the awesome bi-rep Daily Grind features.
It was so refreshing to have a bisexual character who knew he was bisexual. Who wasn’t weirded out by being into a guy or who questioned it overly. Not to say that I don’t love the coming-out books, people just figuring out they are bisexual. Some of my favourite books feature that story-arch but there’s little books with characters that always knew they were bi, even if they never were in a relationship with someone from the same-sex. So to see that in Daily Grind was delighting. Brian is completely fine when he’s attracted to Rob. No earthquake or Armageddon happening.. He just goes with it.

Brian closed his eyes. He’d had sex with a man-with Rob. No fall of rainbow glitter. No feeling that he was a new and changed man. Only the realization that he had finally stopped hiding.

Anna Zabo delivered another fantastic and highly entertaining story with love and friendship, this time with added delicious coffee and awesome cream-puns. Daily Grind is not to be missed and most definitely recommended!