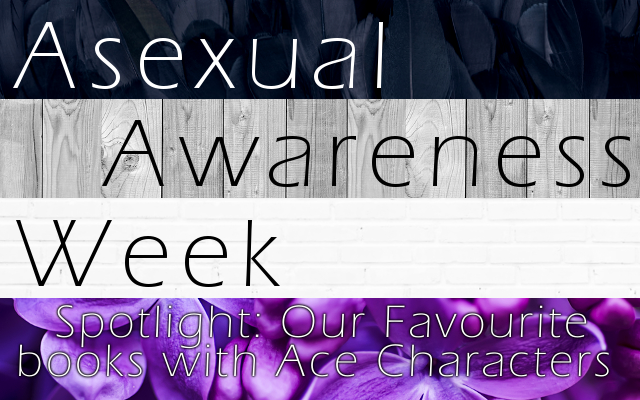 We’re taking a bit of a break from talking about personal stuff to talk about books! (Because we wouldn’t be us if we didn’t). We thought we’d bring to the blog a few of our favourite books with characters that fit the asexuality spectrum. We’re always looking for more representation in books, so we are giving these ones a boost in case you are, too! 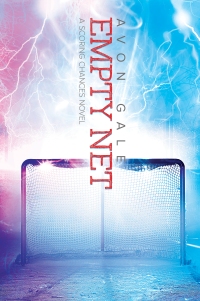 Spartanburg Spitfires’ goalie and captain, Isaac Drake, ended last season with an unexpected trip to the playoffs. He’s found a home and a family with his coach and mentor, Misha Samarin, and he’s looking forward to making a serious run for the Kelly Cup. But things take an interesting turn when Isaac’s archnemesis, Laurent St. Savoy, is traded to the Spitfires. After Laurent’s despicable behavior in the playoffs last year, Isaac wants nothing to do with him—no matter how gorgeous he is. But that changes when Isaac discovers the reason for Laurent’s attitude.

Laurent St. Savoy grew up the only son of a legendary NHL goalie in a household rife with abuse. He was constantly treated like a disappointment, on and off the ice. When a desperate attempt to escape his father’s tyranny sends him to the Spitfires, the last thing Laurent wants is to make friends. But there’s something about Isaac Drake that he can’t resist. Laurent has an opportunity to explore his sexuality for the first time, but he’s cracking under end-of-the-season pressures. When facing the playoffs and a rivalry turned personal vendetta, Isaac’s not sure he’s enough to hold on to Laurent—or their relationship.

Laura: I love the Scoring Chances series, and I adored this book. I’m not demisexual myself, but I think Avon Gale did an amazing job with Laurent’s character. He was a complex character, and I loved how Avon didn’t turn his sexuality into a conflict. If you still haven’t read this series, you won’t regret picking it up.

Annie: If you follow me on twitter or the blog you will know that I absolutely love the Scoring Chances series and especially Empty Net. A huge part of that is Isaac Drake because (as I said in my review) he is my patronus. I adore him and I love how supportive he is of Saint, when Saint realizes he’s demisexual. I could talk for hours about how much I love how he just happened to be demisexual and it’s no big thing. It wasn’t used as a plot device and Avon Gale wrote it so realistic and with such care. The guys talk about it, as they should, but in the end it doesn’t really matter because that’s just who Saint is. 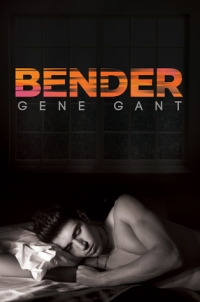 At nineteen, college freshman Mace Danner works as an escort, hiring himself out to customers who want a submissive they can dominate. Having no carnal urges himself, the sexual side of his job leaves him cold, but he sees the pain inflicted on him by his clients as punishment for causing his brother’s death when he was in high school. Pain is not enough, however, to wash away his guilt, and Mace starts binge drinking in an effort to escape his remorse.

The dorm’s resident advisor, Dex Hammel, sees Mace spiraling out of control and strives to help him. Despite the mutual attraction between them, Mace is disturbed that he still feels no sexual desire for anyone. Even with Dex’s support, Mace’s self-destructive behavior escalates, leading to a situation that endangers his life.

I absolutely loved this novella. It was somewhat of a darker read, and it managed to destroy me and then give me hope again. Mace was an amazing character, and I cried for him at some point of the book. He was carrying a lot of guilt around, and then dealing with his sexuality; feeling abnormal for his lack of sexual desire (and doesn’t that sound familiar?) I loved how the concept of asexuality was introduced and described here, and what it meant for Mace. 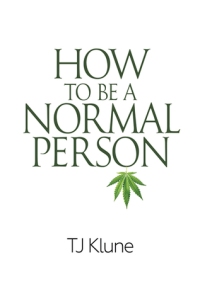 Gustavo Tiberius is not normal. He knows this. Everyone in his small town of Abby, Oregon, knows this. He reads encyclopedias every night before bed. He has a pet ferret called Harry S. Truman. He owns a video rental store that no one goes to. His closest friends are a lady named Lottie with drag queen hair and a trio of elderly Vespa riders known as the We Three Queens.

Gus is not normal. And he’s fine with that. All he wants is to be left alone.

Until Casey, an asexual stoner hipster and the newest employee at Lottie’s Lattes, enters his life. For some reason, Casey thinks Gus is the greatest thing ever. And maybe Gus is starting to think the same thing about Casey, even if Casey is obsessive about Instagramming his food.

But Gus isn’t normal and Casey deserves someone who can be. Suddenly wanting to be that someone, Gus steps out of his comfort zone and plans to become the most normal person ever.

After all, what could possibly go wrong?

Look, it’s no secret that I love TJ Klune’s works, okay? But this one was really especial to me. Gus was a great character, and he and Casey fit like the pieces of a puzzle. I loved how the focus on the book was the growing relationship between them, and the romance made me breathless. I both laughed and cried with this one, and it was one of my top 10 reads from the last year.

All the Wrong Places by Ann Gallagher (picked by Annie) 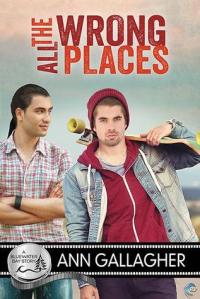 Three cheating girlfriends in a row have given skateboarder Brennan Cross the same excuse: he wasn’t meeting their needs. Desperate and humiliated, he goes to the professionals at the local sex shop for advice.

Zafir Hamady, a sales clerk at Red Hot Bluewater, has an unusual theory: he doesn’t think Brennan is a bad lover. In fact, he doesn’t think Brennan is heterosexual. Or sexual at all, for that matter. He also can’t stop thinking about Brennan. But even if he’s right and Brennan really is asexual, that doesn’t mean Zafir has a chance. Brennan’s never dated a man, and Zafir’s never met anyone who’s game for a Muslim single father with a smart mouth and a GED.

Brennan’s always thought of himself as straight. But when sex is explicitly out of the mix, he finds himself drawn to Zafir for the qualities and interests they share. And Zafir can’t help enjoying Brennan’s company and the growing bond between Brennan and his son. They work well together, but with so many issues between them, doubts creep in, and Brennan’s struggle with his identity could push away the one person he didn’t know he could love.

First book I ever read that had two asexual protagonists and I absolutely love it. I read it at a time where I wasn’t really happy with being ace. Not that I could change it but I didn’t want to be asexual. (Which might probably TMI for this post because we wanted to not talk about personal stuff..)
When I read this book it really helped me to see myself in a book where asexuality is portrayed in a positive way and especially that both MC’s identify as ace. One just figuring himself out and the other one “guiding” him a bit. Was just what I needed and I absolutely loved it from beginning to end. 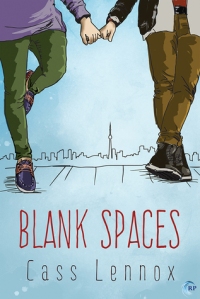 You guys! THIS BOOK! I was lucky enough to snatch an ARC from NetGalley and *squeeee* I absolutely loved it. I adore both Vaughn and Jonah and I enjoyed this one so much. I could relate to Vaughn so, so much and can’t describe how much I loved to see him figure himself out.

One of my favourite things about it was to see both characters evolve and grow and to figure out their relationship together.  They are polar opposites when it comes to sex but they just make it work and are both happy with it. To see a story like this made my heart burst with happiness because it’s another proof that love and relationship aren’t such outlandish things I’ll never have.
So when it comes out on November 14th, go and buy it. 😉

You can find our post from sunday, where Laura and I talked about our experiences with Asexuality, here.
The interview with Elyse Springer is here. And if you’re interested in the guest post by Kyell Gold we have that here.