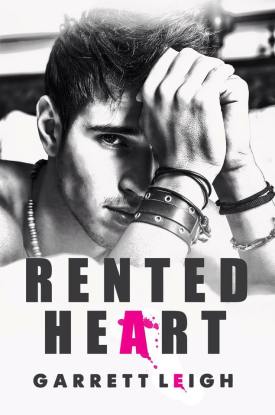 Ex-surfer-turned-businessman Liam Mallaney moved back to Holkham, Norfolk, to mourn the loss of his husband. Grief and loneliness keep him a solitary figure, and he likes it that way. There’s no room in his broken heart for anything else.

Rentboy Zac Payne left London and most of his demons behind, but he still only knows one way to make a living. When he spots Liam in a club one night, it seems he’s found his mark. But Liam proves nicer—and their connection far deeper—than he’d bargained for.

Their arrangement quickly becomes too complicated for Zac, who has other things on his mind: namely his BFF and wayward flatmate, Jamie. Zac owes Jamie the world, and even as Jamie’s drug addiction destroys all they have, Zac won’t leave him behind.

Besides, Liam knows nothing of Zac’s home life, too caught up in his own head to think much beyond the crazy heat he and Zac share. But when trouble comes to Zac’s door, putting his life in danger, Liam must set his grief and anger aside to pick up the pieces of Zac’s shattered heart and his own.

Rented Heart is a typical Garrett Leigh book. This author is known for taking a situation that should be over the top dramatic and turns it into a captivating, thoroughly enjoyable read that isn’t over the top at all. (I don’t know if there’s a word for it, or if I just don’t know it. I know there’s no german word for it and apparently we always have a word for everything. 😉 ) But her stories while featuring dramatic situations are somehow always relatable. I think she’s secretly using some kind of magic because I can’t explain it otherwise and she does it again and again and again.

You all know that I’m absolutely in love with this authors writing. She just has a way with words to draw you in. You fall in love with her characters without noticing. John Green said it best in The Fault in Our Stars. “As he read, I fell in love the way you fall asleep; slowly, and then all at once.” That’s what happened with Ash and Pete from Slide, with Max and Jed from Only Love and also with Jodi and Rupert from What Remains and now with Zac and Liam. And also Jamie. 🙂

The concept of the story isn’t a new one. It’s been done before. Most famously probably in Pretty Woman, and yet this story is special. Must be the writing-magic. 😉
Liam is still grieving the loss of his husband when he meets Zac the first time. He doesn’t know that Zac is a rentboy until he agrees to go back to his place and Zac tells him that it would cost him and how much it is. At first Liam is shocked but then doesn’t really care about Zac’s job. Of course we all know what happens then. 😉

What I loved was how Liam treated Zac like a human and not just some guy he can fuck/get fucked by. There’s a lot of stories with MC’s that say they don’t have a problem with it but behave differently. This is not one of them. Throughout the book Liam never treats Zac like a whore. There’s a bit of a misunderstanding at  one point of the book, but that has nothing to do with Zac being a rentboy, and I wish there were more stories like this.

The chemistry between these two is palpable and compelling and I enjoyed how they both influenced each other. Just little bits at first and then more and more. Most noticeable probably is how Zac pulled Liam out of his grieving. Seeing the two of them falling in love , being gentle with each other when they needed it was so sweet and charming.

And lastly.. I really, really want to read more about Jamie. I love him. He did frustrate me and at times I really wanted to shake him. But I love him nonetheless. Or maybe because of it, who knows. But maybe he could get his own story, Ms. Leigh? 🙂