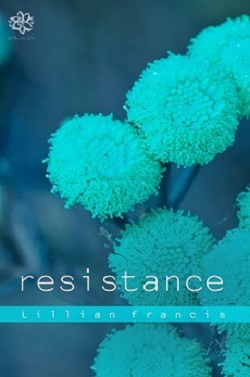 How long can you wait on a promise?

After his first night with Mal, Rick broke the habit of a lifetime and invited the sexy radiographer to spend the weekend in the sleepy English village he called home. Rick isn’t in denial but he’s afraid to reveal his sexuality in the close-knit community that has known him since he was a babe in arms.

The sex is amazing but equally Mal loves lazy days spent in the garden at Slopy Bottom, and every precious moment he spends with Rick. For Mal the village quickly becomes an oasis of peace, far from the noise and grime of life in London, a slice of tranquillity with Rick at the heart. But Mal has defied his family and his religion to be true to himself, and there is no way can he join Rick in his self-built closet, no matter how comfortable it is…

Rick is afraid revealing the true nature of his relationship with Mal will change the way his neighbours see him. He adores these people, this village, and he can’t face the thought of losing everything over who he chooses to sleep with. When the alternative is giving up a man who has slotted perfectly into his life—a man who he might just love—it’s no choice at all. But, knowing what has to be done isn’t always as easy as putting it into practice.

You can find some more information about this title in the Release Blitz.

Rick and Mal have been seeing each other for a few weeks now, always on the weekends, and always in London, where Mal lives and works. Rick has lived and worked in the same small village all his life, but he’s scared of coming out, scared of people that know him and love him would look at him differently, scared of his reactions; and he hasn’t invited Mal over yet. Mal takes matters into his own hands and goes to the village on weekend. He’s willing to tell the villagers that he’s only a friend of Rick, but he’s not willing to lie forever, and Rick promises him he’s going to come out, he just needs to figure out how and when. If you want to know what happens next, you’ll have to read the book.

I liked this one a lot. I love small town stories, and this certainly was one of those, on top of being a feel-good story with a low level of angst. I loved Rick and Mal, and the two of them together had great chemistry, and I liked all the secondary characters, too. Small town stories, where everyone knows everybody’s business do something for me, I can’t keep the smile off my face while reading them, and this one was no exception.

I was thoroughly entertained by the first reactions Mal had about the town: the people, the shops, the cows… Mainly the cows, that part had me laughing out loud. But what I really liked was seeing how he fell in love with the town and the life in it, at the same time he was falling in love with Rick.

I didn’t really understand Rick’s fear about coming out, but the point of fears is that they’re irrational and no one should be made fun of because of them. I liked that Mal was willing to wait until Rick was ready, and that he didn’t push him and respected his boundaries. But I loved that he wasn’t willing to wait forever, after defying his family and his religion for coming out as gay, he doesn’t want to go back to the closet permanently, no matter how much he loves Rick. Rick’s fears, and the moments when Mal may have doubted he was ever going to admit he was his boyfriend, were really well done by the author.

All in all: a sweet, cute, feel-good story with lovely characters and a lot of Britishness. And I can’t help it, I love the Britishness. Recommended.