Anton never thought anyone would ever want to date him. 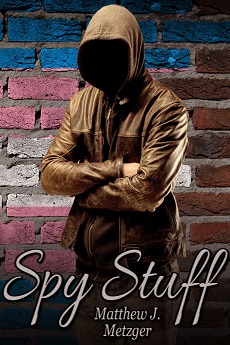 Everyone knows nobody wants a transgender boyfriend, right? So he’s as shocked as anyone when seemingly-straight Jude Kalinowski asks him out, and doesn’t appear to be joking.

The only problem is … well, Jude doesn’t actually know.

Anton can see how this will play out: Jude is a nice guy, and nice guys finish last. And Anton is transgender, and transgender people don’t get happy endings. If he tells Jude, it might destroy everything.

And if Jude tells anyone else … it will.

I had my eye on this book since the moment I knew it was being released and I’ve finally had the chance to read it. And let me tell you, it didn’t disappoint. In fact, it surpassed my expectations.

Anton is the new boy in the school, and that’s what he wants to be seen at: just a boy; not the freak or tranny he was at his previous school. and everything is going well, he’s made some friends, he’s playing football and everyone sees him as just Anton. But when Jude (who Anton though was completely straight) asks him out, everything changes. Anton didn’t expect to like Jude quite so much, and he decides he needs to tell him about him before he finds out on his own and things go to hell. I’ll let you find out the rest of the story, but I’ll tell you that I laughed out loud and Anton’s “coming clean” scene.

I really wanted to read this, but when I started it and found out that the characters were 15 years old I had my misgivings, and I felt old; though the book managed to make me forget that quickly. They say you never forget your high-school years, and it’s certainly true in my case, because as I was reading this, I kept thinking how I wished I had a class group like this when I was a teenager. They are brass, they joke around, they’re disrespectful sometimes; but they are there for each other and they always stick together.

I really liked how Anton’s story was told, so matter-of-factly, and that he had his mum and his aunt supporting him and accepting him for who he is. His dad, on the other hand, I wanted to hit. He refused to accept Anton’s gender-identity and he showes up on his visitations days calling him Natasha and using the wrong pronouns. I could see how that messed with Anton’s emotions, but I loved seeing his mother standing up for him.

And I loved Anton, with all his doubts and fears. He had a wonderful relationship with his mum, aunt and cousins and I loved how he behaved with his therapist who by the way is a great side character, even if she only appears in person once.

I adored Jude, so easy-going and so self-assured and so accepting. Even before knowing that Anton was trans, he was alright with saying he was bisexual and exploring it. And once he found out, I loved his reaction. He talked it through with him, he accepted him, he let Anton lean on him, and he chastised him when Anton doubted himself and said he wasn’t really a boy. There’s a whole conversation in a café that I bookmarked.

I’d say this was a great story about the life journey of two boys that have to learn to accept and be accepted. Definitely recommended.