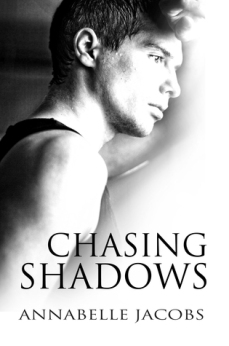 Jamie Matthews goes to Cornwall to find his missing brother. The police are convinced Michael drowned, but Jamie knows better. No way would Michael swim to his death, especially on a beach with a wicked rip tide. Finding a stranger in his brother’s cottage only deepens his misgivings.

Felix Bergstrom is recently discharged from the British Army. Unable to put the past behind him, he takes an unhealthy interest in old acquaintance and millionaire businessman Karl Weston, hoping to catch him up to no good. Michael’s disappearance adds fuel to Felix’s suspicions. Weston’s clifftop home overlooks the beach where Michael supposedly walked into the sea, but Weston has an alibi for that day.

When Jamie and Felix meet, the physical attraction is instant. Mistrust keeps them from acting on it until finally all their secrets are laid bare. But time isn’t on their side. Before they’re able to work out whether they have a future, danger catches up with them and threatens to put an end to everything.

Add it on Goodreads.
Buy it on Amazon DE / Amazon US / ARe

I’ve read a few books by Annabelle Jacobs before, but this one is definitely my favourite of hers. Chasing Shadows features great characters which are so human, with chemistry that is off the charts and a beautiful setting in the Cornish country.

This story describes what is probably the worst nightmare for any family: that someone goes missing. And Annabelle Jacobs handles this topic which such care and knowledge that left me impressed. I can’t imagine what it would feel like if my brother or sister went missing, but every reaction Jamie had to the disappearance of his brother felt real and was so understandable. Ms. Jacobs had me choked up and in tears a few times.
The pain, grieving and denial was realistic and I had to remind myself, that this was “just a story”.

Right from the first time Felix and Jamie meet there’s tension there and it’s just beautiful to see this tension grow into something more when these two get to know each other.
The first time they meet it’s a “who the fuck is this guy-tension” which then evolves into an “attraction kind of tension”. Again I thought it totally relatable the way both of them react and I liked that, while definitely enjoying the looks of each other, they didn’t immediately get along. When someone goes missing it’s a stressful time for everyone, and that tempers run high is a given, this situation just reflected that. Also the way they met didn’t exactly inspire trust in Felix. And Jamie trusting Felix the minute they met would have felt out of character.

I have to mention the setting separately in this review because the way Annabelle Jacobs describes the Cornish landscape.. I WANT TO GO THERE! She’s really brought the characters and the surroundings to life with this story.

The sea shimmered in the distance as the sun set on it, looking wild and glorious as it crashed onto the rocks and sent spray into the air. Cornish beauty at its rugged best.

I can almost smell the salty air and hear the seagulls cry. ❤

With all the talk about the characters and setting I have to point out the suspense of the story. Ms. Jacobs had me on the edge of my seat the whole time, worrying about what happened to Michael. I hoped that he was still alive, of course. But there was no way to be sure. The moment I thought “okay maybe he is alive”, something would happen and throw me off again and I didn’t know if he had died or was still alive until Michael’s fate was revealed at the end of the story.

Chasing Shadows has the whole perfect package with everything I love. It’s a fantastic, sexy, thoroughly captivating and realistic story that teaches you to not take family for granted but to cherish the time you have together. I highly recommend this! Seriously, don’t wait to buy this one!

The Altered series and A Casual Thing were fantastic already, but this one was even better and I’m looking forward to whatever comes next by this author.