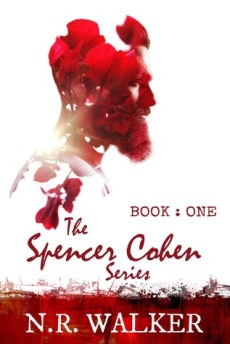 Spencer Cohen is the guy who gets answers to relationship questions. Playing the role of the new lover, his job is to make his client’s ex realise one of two things: he doesn’t want to break up or he really does. Either way, his client gets answers.

The ex would either apologize and beg, or turn and walk. But in the end, Spencer’s client won. If he wanted his ex back and got him, it was great. If the guy walked away, then as hard it was for the client, he knew it was over. Regardless of the outcome, Spencer’s work was done.

Andrew Landon’s ex left him without so much as an explanation. But his sister can’t stand to see him miserable, so, much to Andrew’s dismay, they hire Spencer to be Andrew’s new boyfriend to get the ex back.

For Spencer, it is never personal. Merely a business transaction. No emotions, no strings, no complications.

Even a blind man could see how this would end.

Add it on Goodreads.
Buy it on Amazon US / Amazon DE

The Red Dirt Heart Series, Turning Point series and the Thomas Elkin stories are some of my favourite books, so of course I had high expectations for this one. And somehow it just didn’t live up to them.

The story in itself is good and nicely written. I just didn’t feel the sparks between the two MC’s. It was way past the 50% mark when I finally got into the story. With any other book I probably would have given up before then. But I had seen a lot of great reviews of people who loved it. And since this wasn’t my first book by Ms. Walker, I hoped it would get better. So I kept reading and eventually, even though really late in this story, I started to “get” these characters.

But before then I didn’t feel the sizzling tension, the feelings and chemistry I know Ms. Walker knows how to write. I know she can do it. She’s proven it again and again and again. And yet this one left me disappointed because it could have been so much better.

My biggest problem was that I felt like we never really got to know either of the protags until really late in the story. And the end felt too sudden.
I’ll definitely read the next one in this series, because I want to know what happens next, and I think I’ll probably like it more than this one. But for me there was just too little information on who Spencer Cohen was. And considering that the story is told from his point of view that’s something.

I expected a lot more based on what I know this author can write. I expected sparks and tension and just more.

If you’re looking for a sweet, slow-burn story with a cute HFN-ending, then I recommend you to give this one a try.